My Totally Honest Review of Xfinity Mobile (Did You Know There’s a Way to Get REALLY GOOD Smartphone Service Virtually Free?!) 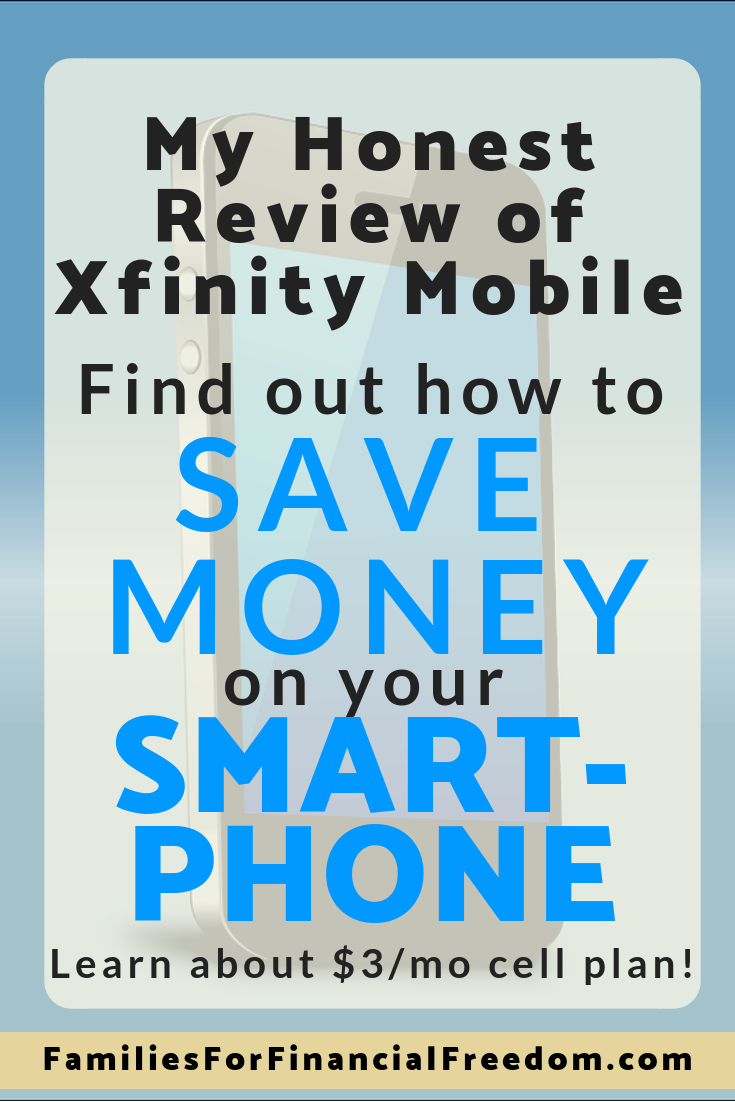 My Honest Review of Xfinity Mobile

The first thing I want to mention in this Xfnity Mobile review is the price. I will explain more in the next section, but briefly, we spend a total of $6.42 a month for our two smartphone lines. It’s great!

Conversely, I know of a family who is spending $500 a month on their cell phone bill. That’s right—$500 a month! To me, that is crazy! If they instead invested even $300 a month of that $500 for the next 30 years and got an average annual 10 percent rate of return on their money, which is very doable over the long term, they would have $651,396.

In my book, the goal is to save as much money on your purchases and expenses as you can so that you can save and invest and spend intentionally on meaningful experiences as much as you can. And even though I love the convenience of my smartphone, you can bet that I pay as little as I possibly can for this modern miracle of technology! In this article learn how you can slash your smartphone  bill so that you can have more money to spend on things that could have even more lasting value in your life.

Do you want to change your financial life? Are you tired of living paycheck to paycheck? Or are you ready to just really start winning with your money? Do you want to be able to have money in your budget to pay all of your bills and to invest like you need to to save for retirement, kids’ college, and more? My new, free Save Your Money, Change Your Life challenge will show you how. Sign up now!

In September 2018, I switched from Republic Wireless (which was a good company with good smartphone service—at least in metro areas) to Xfinity Mobile! And just yesterday, my husband followed suit and switched from Verizon Wireless to Xfinity Mobile. If you love the idea of having a super affordable smartphone plan and you’re in an area with Xfinity high-speed internet and mobile, you’ve got to check them out!

And right now (and fairly frequently, it seems) they have rebates available on many of the phones available with their plans. When I purchased my LG K30 (which I love; it is even cooler than my last phone, which I thought was pretty cool), I received $150 back, and my husband will receive $100 back! You can check them out here. And you can get up to $100 off when you sign up if you use this referral code: 1RQ4SP

The thing is, to have access to Xfinity Mobile, at least for now, you also need to sign up for their high-speed internet. (But their high-speed internet has also been great!) We’re paying an introductory price of $40 per month for our high-speed internet for the first year (same price as the much slower internet that we used to have from a different provider), and the cell phone plan is virtually free. (After this year our monthly internet bill will be $65, but you can bet that I’m going to call before the year is up to see if we can lower that—but even if we can’t, it will still be worth the cost because the internet service has been great—SO MUCH faster—and because of the virtually free cell phone service!)

Since we’re such light data users (especially given the fact that Xfinity Mobile has free hotspots it seems almost everywhere), we pay only $3.21 a month per line for taxes and fees. (That’s the price if you use less than 100 MB of data per month, which we do. Then it’s $12 per GB per month, or $45 per month for unlimited data.) It’s such an awesome deal!

7 Ways to Slash Your Cell Phone Bill (We Saved over 75% with Our $3/Month Smartphone Plan!)

An important benefit to include in this Xfinity Mobile review are the Xfinity hotspots. In the five months that I have had Xfinity Mobile I have used maybe 10 MB of data per month at the most (not an exaggeration), and that is partly because I have internet virtually everywhere I regularly am: at home, at work, at church, and many of the places that we go in between.

I have Xfinity Wi-Fi available at the houses of the people in our neighborhood when I visit. There is Xfinity Wi-Fi at the hot springs that we go to a few times a year that is in a rural small town 60 miles from our house. They had Xfinity Wi-Fi at the pumpkin patch where we did a corn maze and petting zoo and hay rides and things with the kids back in October. There was Xfinity Wi-Fi when we went to a Scales and Tails reptile show in the next town over. There are Xfinity hotspots around as I am riding the bus to work and running along the trail near our house and at the park across the street from my work and at the park across the street from our house. What I am saying is, at least where we live, there really are Xfinity hotspots all over. I love it!

And Xfinity Mobile has the same coverage as we had with Verizon, which reportedly has the best cell phone coverage in the U.S. Again, though, you do need to sign up for Xfinity internet in order to use Xfinity Mobile, at least initially. You can then drop the internet service if you want, but then you’ll pay an extra $10 per month per line for the mobile service. (That’s still very reasonable, though, if you decide you want to switch to a different internet carrier!)

And when we signed up for Xfinity they had $300 and $150 rebates available on their phones (depending on the phone you bought)—so my phone cost only $40 (including taxes) after the rebate, and my husband’s was only $93 (including taxes) after his $100 rebate! And it’s a great phone that we have. Interested in learning more or signing up? Use this referral code to receive a sign-up reward of up to $100 off your purchase price: 1RQ4SP

As I mentioned above, I don’t use much data at all (on average with Xfinity,  5 MB—that is not a typo—or less per month), but I like to have it available when I need to navigate somewhere. Other than that, I use Wi-Fi at my home, work, church, the library, and most places in between. Even some of the parks we go to have Wi-Fi. It is great!

If you similarly have Wi-Fi virtually everywhere you spend much time, then see if you can switch to  Xfinity Mobile to have virtually free smartphone service. (And remember, Xfinity has Wi-Fi hotspots all over! At least they do in the metro areas around where we live.)

But even if you do want to to use data regularly, again, you pay just $12 per month per shared GB, and $45 per month for unlimited data. So if one of you uses virtually no data and the other uses 2 GB, you would pay only about $30 a month total for the two smartphones. Sweet!

As part of this Xfinity Mobile review I also want to make sure I talk about the quality of the phone service and internet service. The call quality with Xfinity has been great, even in the two small towns where my parents live and my husband’s parents live. I think I have had maybe one dropped call since I joined Xfinity, but that may have been my user error (or the other person’s :)).

And we are so much happier with the internet service! For the same price ($40 a month) that we had before, we have internet that is literally 40 times faster than our previous internet. No more buffering (yay!), even when my husband and I are both working on the internet on our computers and the kids are watching (all three of them at a time on different tablets; I know :-\) their little shows they like on YT Kids.

So, in short and to wrap up this Xfinity Mobile review, I give Xfinity Mobile two enthusiastic thumbs up! Things could always change, but for now, they have two very happy customers in this household.

How much do you pay for your cell phone service? Could you get by with 100 MB of data or less a month? Would you consider switching to another to Xfinity Mobile or another inexpensive cell phone provider? Let me know your thoughts in the comments below! 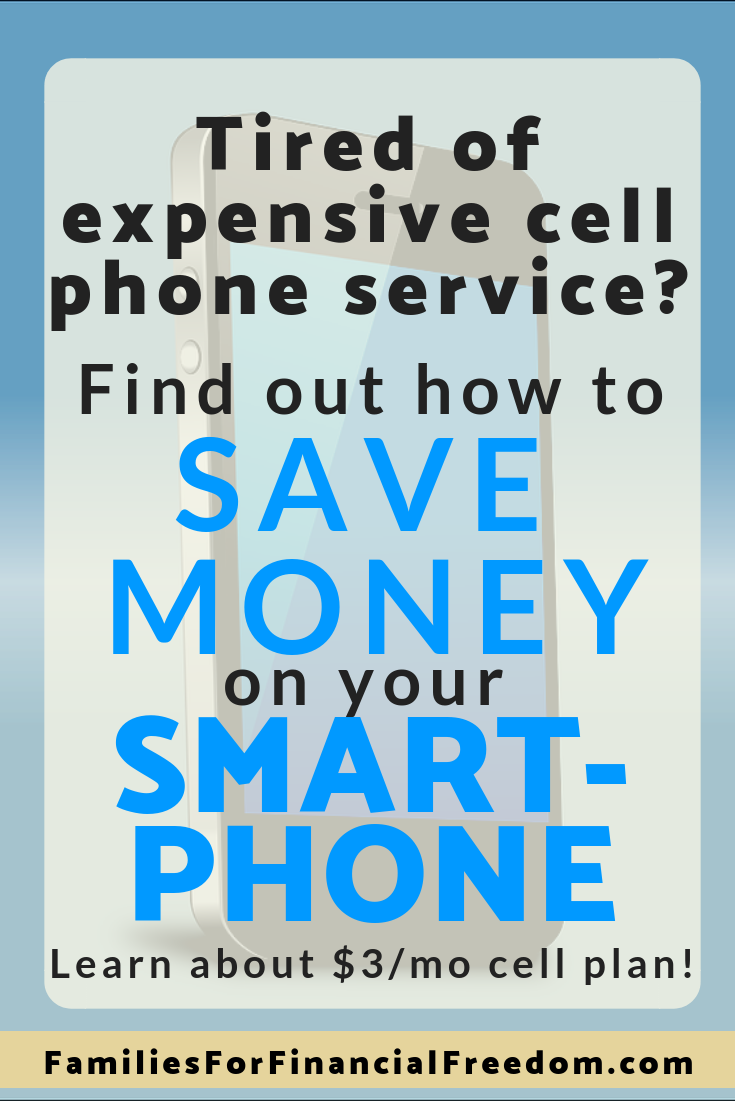 Do you want to change your financial life? Are you tired of living paycheck to paycheck? Or are you ready to just really start winning with your money? Do you want to be able to have money in your budget to pay all of your bills, to save for what you want, and to invest like you need to to save for retirement, kids’ college, and more? My new, free Save Your Money, Change Your Life challenge will show you how. Sign up now!

Was there something in this article that inspired you to change something about your money? Are there ideas or tips that you feel could help a family member or friend or people in general? Would you please take a minute to share this article via email or social media? I would love your help to share these principles of financial well-being with others. Thank you!

Join our closed Families for Financial Freedom Facebook group to get support and share ideas for how we can all improve our financial well-being by earning more, spending less, saving more, and investing more and reach our financial goals. You can do this! And we are here to help. 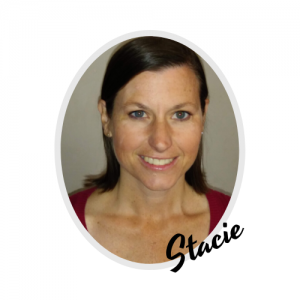